In an earlier post I mentioned the appalling events that took place at Winterbourne View Hospital, a private establishment owned by Castlebeck. 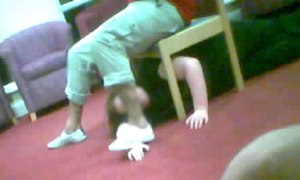 There have been some excellent blogs written about the scandal since it broke on a Panorama programme last week. These have mainly been from the perspective of liberty. For example This ‘Fighting monsters’ blog or this one from Lucy Series at ‘The small places’.

Of course this is important. In fact it’s vital that those of us who work in health and social care understand and respect the right to liberty. However there’s another, equally important principle to consider here. The idea that there can be no punishment without law. Welcome to Article 7 of the European Convention on Human Rights.

According to Article 7 people have the right not to be convicted of a crime that was not an offence at the time they committed it. They also have the right not to be given a harsher sentence than the maximum allowed at the time of the offence. This seems eminently fair and reasonable and few people object to it – at least in theory. It’s when we start to look at the wider implications that things become interesting – especially in health and social care.

The Panorama footage from Winterbourne View leaves no room for doubt that staff were taking it upon themselves to ‘teach residents a lesson’ whenever their behaviour didn’t meet expectations. At least it leaves no doubt in my mind but of course, I’m not the court. This apparent abuse is all the more poignant when we learn that the expected behaviours involved passive acceptance of mistreatment and that the punishments meted out to them were torture by any definition.

But torture is not the focus of today’s blog. Instead I want to concentrate upon the widespread practice of people taking the law into their own hands. That’s what the staff at Winterbourne view did (allegedly) when they decided who to punish and who to let be. They were setting themselves up as judge and jury. But they were not judges or jurors and they most certainly were not entitled to act as executioners. Remember the maxim:

No punishment without law.

There is no law that allows care workers to punish anyone. That’s not what our work is about. If a criminal offence has been committed then we have a legal system designed to deal with it. A legal system that abides by the laws of the land and that understands proportionate punishment – not using a hammer to crack a nut.

Winterbourne View staff wrestling someone to the ground because they ‘looked at them’ is neither lawful nor proportionate. It’s a punishment meted out by someone with no right to decide upon guilt and penalty in the first place. That really is punishment without law. Throwing cold water over residents, pinning them to the floor with chairs or standing on their hands is equally indefensible.
The simple truth is that only the courts can condemn and only the courts can punish. Private citizens are not authorised to take the law into their own hands, especially if they are in charge of vulnerable people.

But this principle goes much further than Winterbourne View. One of the most common misunderstandings I come across when delivering training on challenging behaviour work is the belief that behavioural regimes involve punishment. They do not. Punishment is both illegal and unethical. It’s abuse.

A more obvious example of Article 7 at work is in the field of ‘hate politics’. From animal rights campaigners to religious fundamentalists there are always individuals ready to hurt those with whom they disagree. They see a difference of opinion, of race or of religion as an offence worthy of punishment and sometimes they take the law into their own hands.

Currently the UK group most often prosecuted for condemning and punishing others is the English Defence League whose members, ironically enough, regularly ‘defend’ England by attacking and harassing English citizens.

It is ironic that the ECHR not only prevents groups like the EDL from getting their way but also ensures that the Islamic ‘Sharia’ Law they fear so much could never hold sway in Europe. If EDL members would only stop and think for a moment they’d see that the very convention they oppose so vehemently protects them from the thing they fear the most.

It really is true that the more people know about the ECHR the more they appreciate it and the positive impact it has for us all.

This series of posts first appeared on Stuart’s blog in June 2011. It is not intended to be a comprehensive or even particularly authoritative reference guide to the ECHR. Rather it is a brief introduction to a much larger and infinitely more fascinating subject. You can download the entire series in PDF format here: https://stuartsorensen.wordpress.com/amj-freebies-downloads-and-services/

“Ever wished you were better informed?”

One that sticks in my mind involved the image of a scary looking skinhead running down a busy street, his face set in grim determination and jumping on an innocent looking man in a pin striped suit. The force of the ‘assault’ sent both men hurtling to the ground in what looked ‘at first sight’ like a thuggish attack on a defenceless victim.

Then the camera angle widens and it becomes clear that far from assaulting a passer by the skinhead had just saved his life. Risking his own safety he had prevented the ‘victim’ from being crushed by falling bricks from a scaffold above his head.


The term ‘at first sight’ is also used in law. It’s not the end of the story though – it’s the beginning. Just because a person looks guilty doesn’t mean that they are as the advertisement described above showed so well. Most people have found themselves in situations where they have done nothing wrong but where ‘at first sight’ evidence makes it look as though they have. That’s what article 6 is all about – the right to a fair hearing.

“1. In the determination of his civil rights and obligations or of any criminal charge against him, everyone is entitled to a fair and public hearing within a reasonable time by an independent and impartial tribunal established by law……..

2. Everyone charged with a criminal offence shall be presumed innocent until proved guilty according to law.

3. Everyone charged with a criminal offence has the following minimum rights –
(a) to be informed promptly, in a language which he or she understands and in detail, of the nature and cause of the accusation against him;

(b) to have adequate time and facilities for the preparation of his defence;

(c) to defend himself in person or through legal assistance of his own choosing or, if he has not sufficient means to pay for legal assistance, to be given it free when the interests of justice so require;

(e) to have the free assistance of an interpreter if he cannot understand or speak the language used in court.”
ECHR – Article 6

But article 6 applies to more than just criminal proceedings. It also covers civil proceedings such as claims for damages or tribunal hearings. The interface between civil proceedings and the ECHR can be complex and I don’t pretend to be qualified to explain it here but if you think you have not been heard fairly this may be an avenue to explore with your solicitor.

Article 6 also covers mental health and mental capacity legislation and their associated tribunals which is why both the Mental Health Act 83/07 and the Mental Capacity Act 2005 (including the 2007 ‘DoLS’ amendments) include provision for advocacy and review/appeals processes.

In short, like all the articles of ‘The convention’ article 6 ensures fairness and equitable treatment. Everyone has the right to have their case heard and to be treated fairly under the law. It also makes provision for legal aid, for advocacy and fair access to information (with an interpreter if necessary) and for reasonable consideration in all court proceedings.

So far then we have seen that the ECHR ensures:

What’s so bad about that?

In the next post we’ll consider article 7 – No punishment without law.

This series of posts first appeared on Stuart’s blog in June 2011. It is not intended to be a comprehensive or even particularly authoritative reference guide to the ECHR. Rather it is a brief introduction to a much larger and infinitely more fascinating subject. You can download the entire series in PDF format here: https://stuartsorensen.wordpress.com/amj-freebies-downloads-and-services/