I’ve neglected my blog over the past few weeks and months. It’s easy to be distracted by other things as life’s hectic pace continues unabated. But this week I’ve seen things, some positive and some not so good, that inevitably have brought my attention back to my roots and the reasons why I got into mental health care in the first place.

I didn’t always want to be a nurse. As a young man my dream was to act. I planned to tread the boards throughout the world to the delight of my adoring fans. Unfortunately for me the world had other ideas.

By my early twenties I found myself unemployed and homeless. I’d taken the advice of Thatcher’s government to ‘get on my bike’ in search of work. I didn’t have a bike so I hitchhiked instead, seeking my fortune in a country where working-class lads like me could never do well. There’d be no pot of gold at the end of Thatcher’s rainbow no matter how hard I searched.

Those weren’t the happiest times in my life but they may well have been the most instrumental. During those days I met some extremely troubled people. I became pretty ‘troubled’ myself for a while. I learned to let go of social prejudice as the most unlikely of my associates showed immense kindness whilst those my society had always taught me to respect displayed a callousness and indifference that seemed almost beyond belief. I made some good friends and I learned a lot about human frailty. 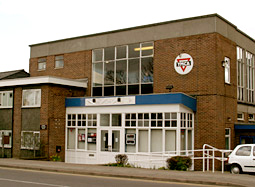 No single incident made me decide to become a mental health nurse but there are a few ‘front-runners’. One or two of the people I met in hostels left a permanent impression upon me. Several of my old friends from those days are dead, long before their time because of a lifestyle that was more about drug-induced psychological ‘anaesthesia’ than anything else. And I saw a woman jump to her death from a multi-storey car park not far from my accommodation in Lincoln YMCA.

I was the first to reach her. She whimpered softly as I knelt beside her, shouting to the office workers in the building across the road to call an ambulance but it was no good. She died in Lincoln hospital a little while later. I felt helpless and I felt ashamed.

It seemed clear to me that my society had driven her to this drastic course of action. I didn’t know her story. I still don’t. Looking back I have no idea what led her to this tragic decision but at the time it all seemed so clear. Society was indifferent to suffering and I wanted to do something to change all that.

In those days I was misguided, I was overly-simplistic, I was unrealistically ideological and I had a ‘saviour fantasy’. I thought I could make everything alright for everyone I ever met just by being me. I was heading for burnout before my mental health career had even begun.

These days I have a more seasoned view of what I do. Twenty-one years as a qualified mental health nurse will do that for you. I’m only one man and I’m not all-powerful. I can’t change everything… but I can help.

The paternalism of my early career has gone now. I no longer see my role as the all-knowing saviour come to ‘bless’ the patient with my charitable assistance. Now I’m a fellow traveller trying to find individual answers to individual problems in a system that still likes to put people in boxes and pretend that’s enough. The pigeon-holing culture of psychiatric diagnosis still remains but things are getting better. I’d like to think that my generation of nurses have been instrumental in that. God knows – we’ve tried. 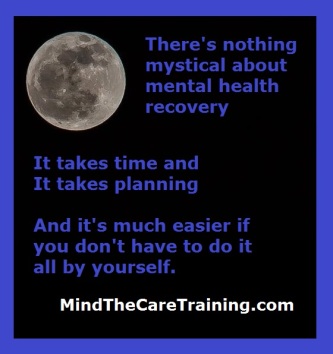 Today, 20 years on, recovery is seen as a reality. Inter-agency working has become so ingrained that it’s often hard to know which worker has which training in the community teams I work with. Diagnosis is giving way to formulation. Generalised assumptions about faulty biology are giving way to more evidence-based ideas that are just as likely to include the effects of social inequality and cognitive style.

Society at large is slowly waking up to its own role both in creating and maintaining mental disorders through exclusion, prejudice and marginalisation of those who don’t fit the required stereotypes of ‘acceptable culture’. There’s still work to be done and the fight against stigma and dehumanising assumptions goes on, but I’m proud to say that I’ve been part of that struggle and will continue to be for a good few years yet.

20 years from now though, the newly qualified nurses of 2036 will look back at my generation of nurses, at the class of ’92 and throw their hands up in horror at the way we used to treat people. At least I hope they will.

If the nurses of the future don’t criticise the nurses of today then we won’t have done our work properly. Each generation should have reason to criticise the one that went before. I hope they’ll also understand though that had we not fought against the injustice of our own time they would still be perpetuating it in theirs.

1 thought on “The fight continues”